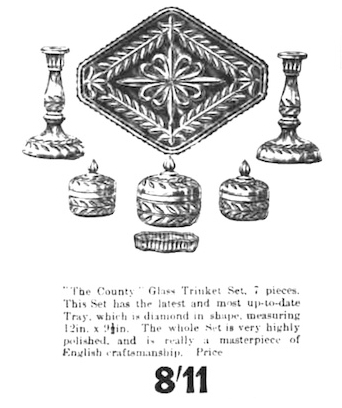 Candlestick - either a round one as shown, or a hexagonal candlestick with leaf pattern on the base

Notes: The County tray, pots and pin-tray are also used for the 2522 Diamond set with the 2522 candlesticks.  The oval tray with corners shown in some of the images below is not yet confirmed as Sowerby. 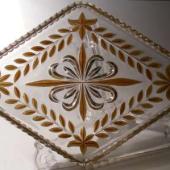 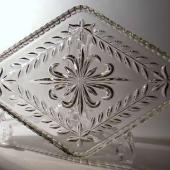 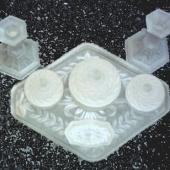 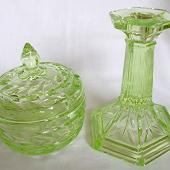 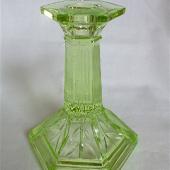 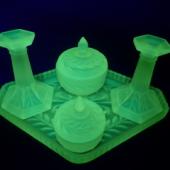 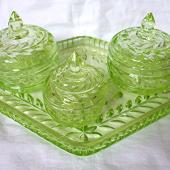 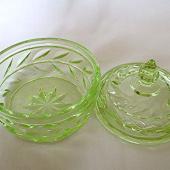 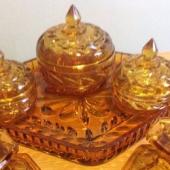 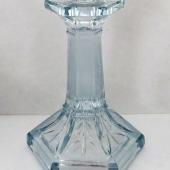 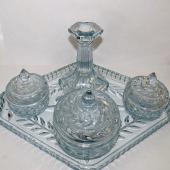 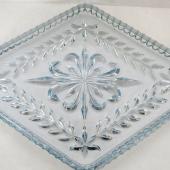 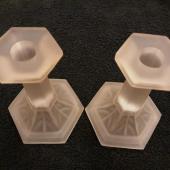 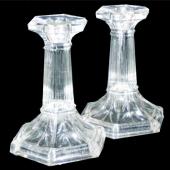 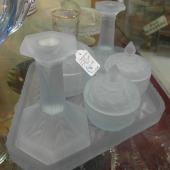 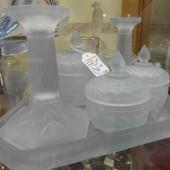 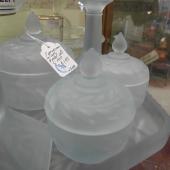 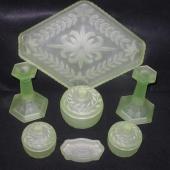