Ravenhead Glass was a glassworks in south west Lancashire. It was founded in 1850 by Frances Dixon and John Merson after a move from their earlier (1842) factory at Thatto Heath near St Helens. In 1852, this factory was sold to the Pilkington Brothers and Frances Dixon then acquired a 13-acre (53,000 m2) site at Ravenhead, building a new gas-powered glassworks.

In 1913 the company merged with five other glass manufacturers, forming UGB (United Glass Bottle Manufacturers Limited).  Until 1931 these companies were primarily bottle makers but they branched out into domestic tableware in the 1930s making bowls, jugs and drinking glasses, many of these showing Art Deco influences. 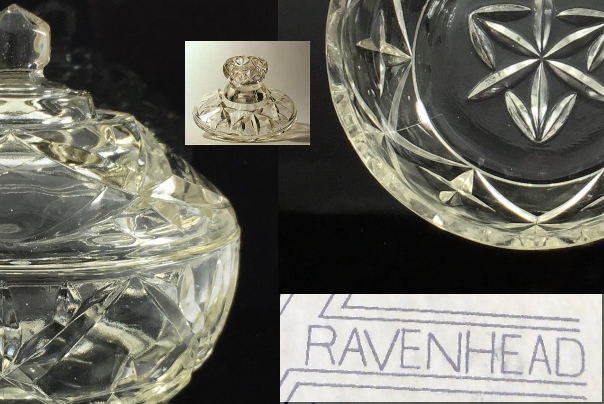