Produced:  1933-1975 produced as a seven-piece set, has a matching clock, also short candlesticks and a shaped 6 sided tray have now surfaced (see photos below).

Notes: The clear 6 sided shaped tray is an oddity as it doesn't appear in catalogues nor is it mentioned in any of the sources on Bagley Glass. It carries the RD number 790482 which is correct for the Wyndham pattern. The short candlesticks also carry the same RD number 790482.

Credits: Angela Bowey's Bagley Glass book for the information about, and catalogue images of, Bagley patterns. 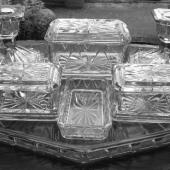 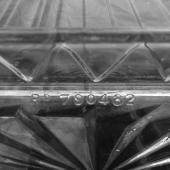 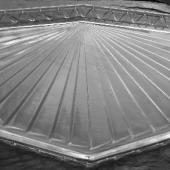 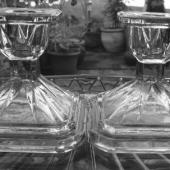 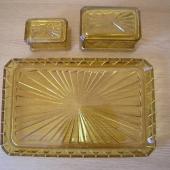 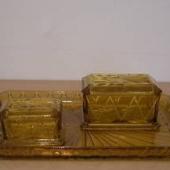 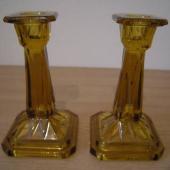 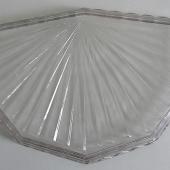 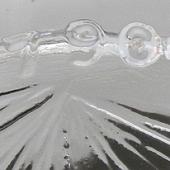 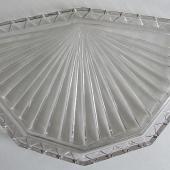 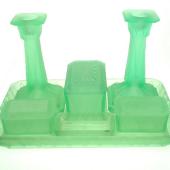 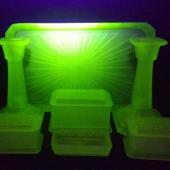 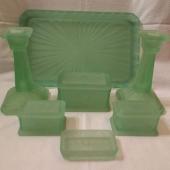 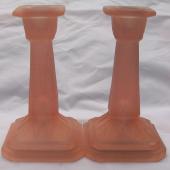 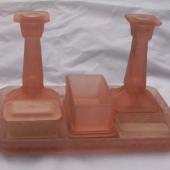 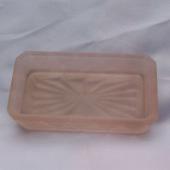 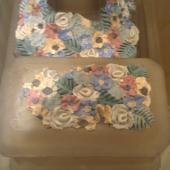 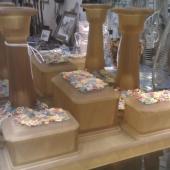 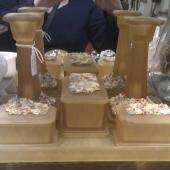