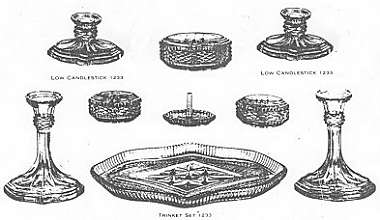 Notes: The blue frosted set is shown with a perfume flask, which is a curiosity as it isn't known as a Bagley product despite it being a good match. 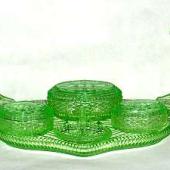 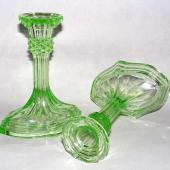 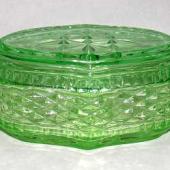 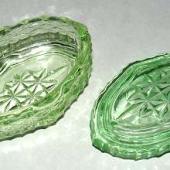 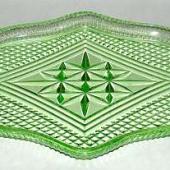 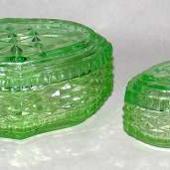 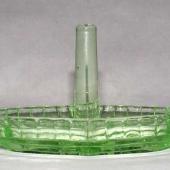 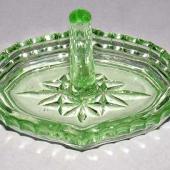 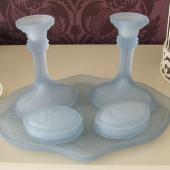 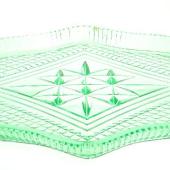 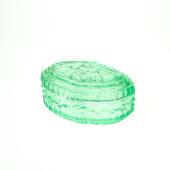 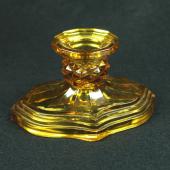 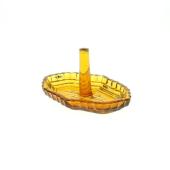 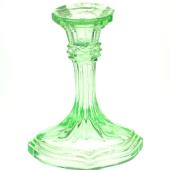 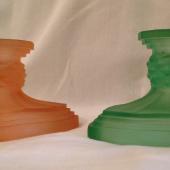 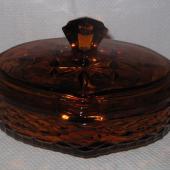 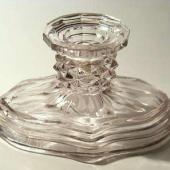 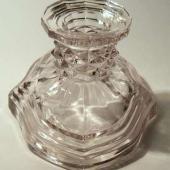