From 1935 as a 4 piece set in clear coloured Crystaltint, from 1946 produced in Crystopal opaline glass.

Normally seen as a four-piece set consisting of tray, powder pot and 2 candlesticks

Has also been seen as a painted set on blue frosted glass with Filey tray and candlesticks with the Queen's Choice 1122 lidded powder pot.

Has also been seen as a leather flower decorated frosted green set with an additional small lidded pot in the Ripon pattern, 3006. 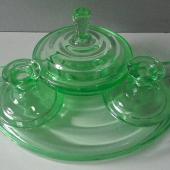 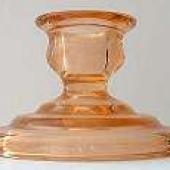 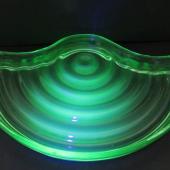 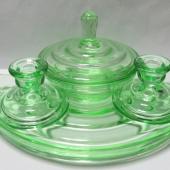 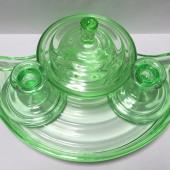 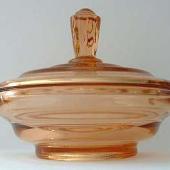 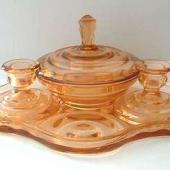 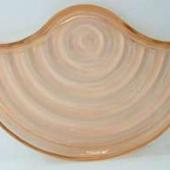 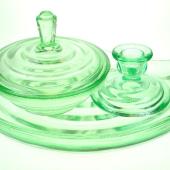 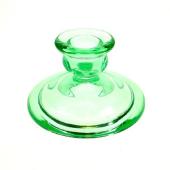 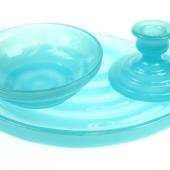 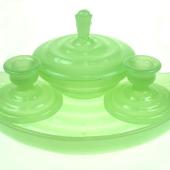 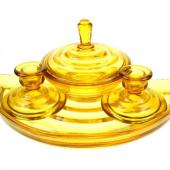 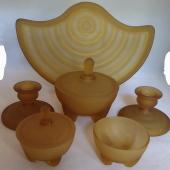 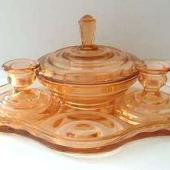 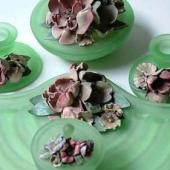 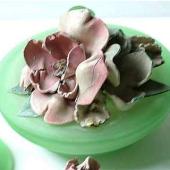 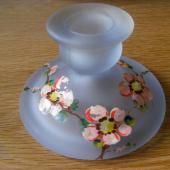 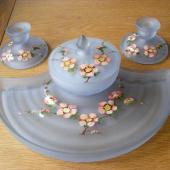