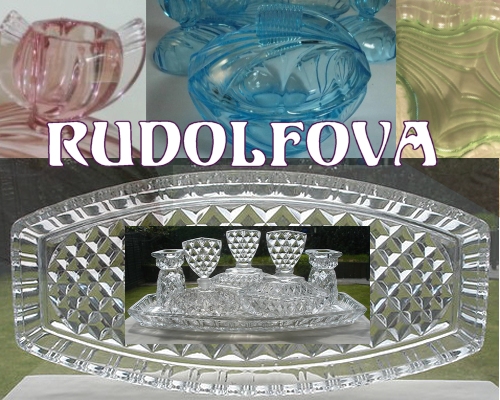 The Rudolfova glass factory was set up in Dubí u Teplice in 1906 and was originally owned by Josef Inwald.

Information re Rudolfova moulds from the late Marcus Newhall on the Glass Message Board: "Rudolfova Hut moulds were predominantly made 1905- 1950s, by Ulrich and Christl, Mstisov. Only when that company, by then nationalised, became part of Sklarny Inwald, did Rudolfova Hut acquire an "in-house" mould-making capability."