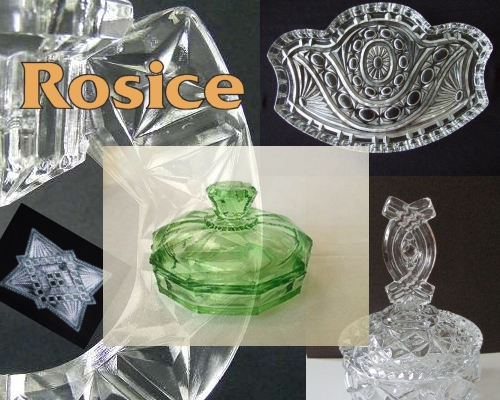 The Rosice glass factory was set up in Rosice u Brna c.1920 and closed in 1996. Originally owned by Hrdina, then became part of the nationalised Sklo Union group between 1945-1990, and from 1990 was a part of Crystalex.

Information re Rosice moulds from the late Marcus Newhall on the Glass Message Board: "Rosice moulds were mostly made for the factory, prior to 1946, by the Brno based H.Kiko mould-making company, which following the Benes decrees, continued as supplier, becoming Brnoform in the post-communist era, and supplying Rosice when it was, for a limited period, a part of Crystalex."